Should you continue to date someone that’s cheated on you? 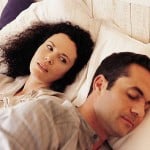 Eddy and Maria were about to celebrate their 4 year anniversary in a few months. Maria was ecstatic because she was certain that this would be her last year as an unmarried woman and that finally her boyfriend of four years would finally decide to pop the question. One night a few months before their anniversary, Eddy went out with his friends, got drunk and made some mistakes that could have altered the rest of his life.

He found himself waking up, naked next to a girl that he had only met the night before at some bar. It took him a few minutes to collect his thoughts and realize that he cheated on the love of his life and had reached a point of no return. Eddy went home ashamed of course and immediately faced the music by telling his girlfriend, Maria that he had cheated on her. Maria was outraged of course, at that very moment she felt like her entire universe had fallen apart.

Cheating, a very common disease that we find infiltrating relationships all around the world. This is something that can cause relationships to crumble and never be rebuilt. When a person cheats on their partner, you not only cause this person pain, agony, heartache, and grief but you also run them at a risk to lose their life, if you are involved with them sexually.

If a woman or a man finds out that they’ve been cheated on, should they or shouldn’t they take their partner back. Is telling the person that you won’t allow this happen enough? What can you do to prove that this isn’t going to be a common trend in your relationship?

Cheating isn’t something that you can take back, it’s a scar that will stay forever. Forgiveness though is something that should be a part of every relationship, but don’t be mistaken, just because we can forgive doesn’t mean that we will forget. It’s important that if a person decides to stick it out with their partner through these difficult times, that you take the time to find trust in the  person again but you also learn to let go of the past and not hold these things against them forever.

What would you do if you ever found yourself in a situation like this?

Should you continue to date someone that’s cheated on you? part 2