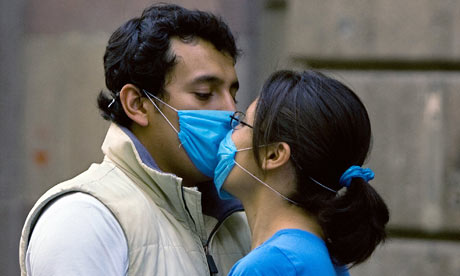 The Swine Flu, that we’ve been hearing about for the past few days, has taken new heights. This is a flu that is very contagious and cases were found in Mexico and had reportedly already killed 150, well new reports today say that the flu has crossed over borders. New cases were found in Asia, and the Middle East and it may also be in the U.S. Authorities are trying hard to get this flu under control before it becomes pandemic. Governments are asking that if it isn’t necessary to travel to Mexico, then don’t until they can figure out what is happening with this swine flu. The biggest problem with this situation is that it’s moving very quickly and they don’t even know where it began.