I don’t know about this one. Rumor is according to Star Magazine that Rihanna and Chris Brown may have gotten hitched. According to this magazine when Chris met up with Rihanna at Diddy’s mansion in Miami, they had a tearful reunion, with lots of begging and forgiveness being done on Chris’s end of course  and Chris ended up proposing at the end. Rihanna supposedly believes in fairy tales and she believes her happy ending will be with Chris Brown.

We all know how the media works, today it’s one thing, tomorrow it’s something else. Who knows what to believe anymore. If they did decide to get married then good luck to them, hopefully they seek marriage counseling to work on all their problems, because with marriage comes even more responsibilities, more heartaches, more upsets that can really cause someone to lose their mind.

Anyways, let us know how you feel on this topic. 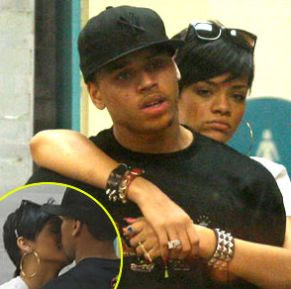